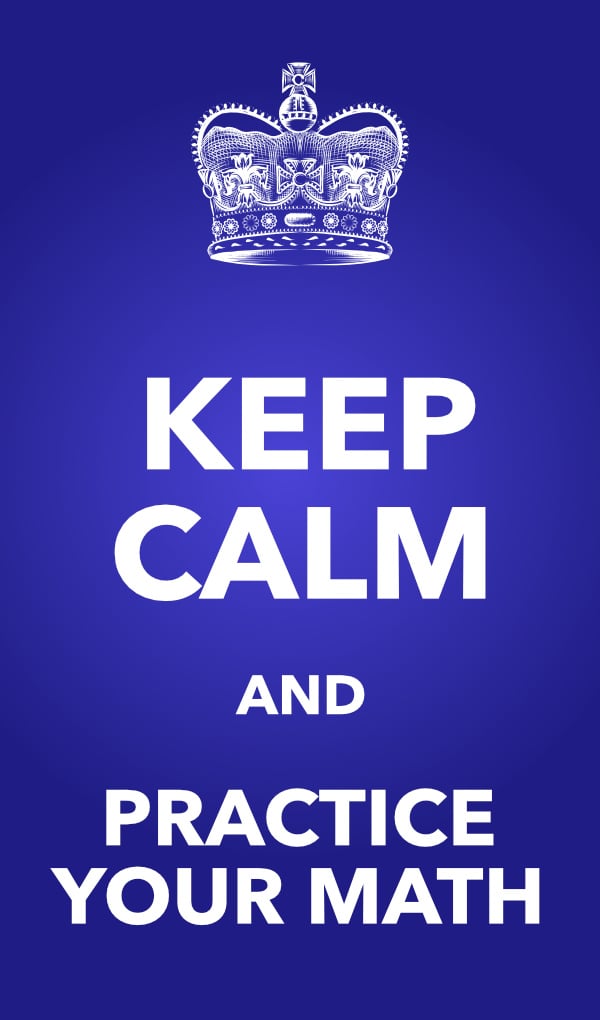 Wow. So if you’re like us, this past week has involved a lot of uncertainty and a lot of change. School closures related to the coronavirus means that many families, including ours, will have kids home from school. Which means in the midst of questions and concerns about health, we’ll also be undertaking a lot more educational responsibilities.

We have had candid conversations with the girls about what a virus is and how it’s shared between people, primarily so they understand why their daily routines are going to be so different the next few weeks. The most important thing for kids to understand is that the disease isn’t something likely to be serious for them personally or for their parents, but that by learning to be safe with their own health it can prevent older people or people who are already sick from getting much worse. And that we’ll come out of this in time, and that their routines will return to normal.

In the meanwhile, as adults our responsibility to our kids is to show that life goes on even when major unexpected events happen. This isn’t the first time a major illness has spread around the world, and it’s not the first time the stock market has decided to take a roller coaster ride. Our parents have seen this before. Our grand parents and great-grandparents certainly have seen this before… Indeed, many of those older than us have certainly gone through far worse global events. Our kids will see fear and uncertainty again in their lifetimes. It’s our job today to set the example for them and teach them what calm in the face adversity looks like so that in the future when they encounter problems, big and small, they’re equipped to deal with it as adults.

That may be the most important thing we can teach our kids in the coming weeks.

But a little multiplication practice can’t hurt either.

P.S. If you’re looking for a great collection of distance learning materials for a variety of subjects, I’d encourage you to take a look at this great list of resources compiled at Albert.io. I found a few real gems there that I hadn’t seen before!

Thank You for 10 Amazing Years!

Ten years ago, I sat down with my oldest daughter who was struggling with her 2nd grade math facts, and I started making practice worksheets using a few Python scripts. When several parents asked me to share those worksheets online, DadsWorksheets.com was born.

Over the course of the last decade, the number of worksheets has grown, and I’ve had the chance to build charts and calculators and games that have all played a role in helping my kids, and hopefully yours, learn math.

There are over 8,000 worksheets now and almost 20 million visitors have stopped by looking for help with multiplication or word problems or Roman numerals or some other math topic, each of which is tied to memories in my basement office with my own kids. It’s been a lot of fun for me, but I am also humbled by how many people have visited. All of your support and encouragement has definitely added to the joy of building DadsWorksheets.

My oldest daughter is entering college at University of Arizona next year, and my youngest daughter is starting 2nd grade, so the cycle in many ways has come full circle. I’m thankful for my four amazing girls, and to all of the people I’ve had a chance to interact with since this site first started, and I’m excited to see what the next ten years brings!

Double Officially, One of the Best Sites of 2017 is…

Posted by Dad on January 13th, 2017 in General Add Your Thoughts!

Just when I thought the holidays had passed and there wouldn’t be any more presents until birthday season roles around, the denizens of the home school universe dropped a few surprises on Dad’s virtual doorstep.

Our long time friends over at HomeSchool.com have again named DadsWorksheets as one of their top educational websites for the year, and I’m proud to be in the company of so many other amazing online resources for teaching math and an encyclopedia of other topics.

And over at HomeSchoolBase.com, we made both their 100 best sites of 2017 as well as their top 10 list for worksheet resources! A double honor! HomeSchoolBase is a relatively new place to visit, but they already have a library of great articles and resources.

Both HomeSchool.com and HomeSchoolBase.com are fantastic resources for finding materials for home or classroom use. Check them out! Click either of the images above to go to their Best of 2017 lists. Then get right back here for your math facts worksheets!

Thanks to both of these sites for recognizing DadsWorksheets and Happy New Year, Everyone!

Posted by Dad on June 30th, 2016 in Calculator, General, Measurement, Timer One Comment The poor countdown timer here at DadsWorksheets has been neglected for some time, and with the site having gone through some significant technology upgrades, the timer became something of an orphan child, replete with scars and an inferiority complex, you know that one you keep in the closet and hope that at some point it’s just going to have an owl swoop in with an engraved invitation to go off to magic timer school where it saves the world or something.

After waiting somewhat impatiently for ANY sort of feathered visitor, I had to take matters more into my own hands, and a few thousand lines of JavaScript incantation later, I’m pleased to share with you the new countdown timer…

You don’t need to invoke specialis revelio to see this is a wizardly improvement over the old timer. Obliviously one big change is the circular timer graph, which provides immediate feedback about how far along the timer has progressed. It also lets you trigger sounds when the timer reaches the halfway mark or nears the end of the time you assign, and there are preset buttons like “Set Timer for 10 Minutes” and similar amounts that let you very quickly configure the timer for frequently used times.

As with the previous timer, you can save a URL that has all of your specific settings so that it’s easy to return to a timer ready to go.

While we’re using this as a timer for math tests and worksheets, it’s perfect for anything where you need a countdown. Use it as a classroom timer, a recipe timer or to keep track how long that pectrificus totalus is going last.

Posted by Dad on December 5th, 2015 in General 5 Comments

[Update: I was able to make a change to the worksheet printing style sheet that seems to have corrected the issue. The site has been refreshed. If anyone is still experiencing problems, please leave a comment in this post with the URL of the page that is causing problems… Thanks for everyone’s patience!]

Google this week began rolling out version 47 of its Chrome browser. Unfortunately, this version has broken some of the behavior used to change the way things are printed versus drawn on the screen. Printing many of the worksheets right now causes the pages to be split onto two pieces of paper with an enormous amount of blank space at the top of the first page.

I’ve spent two days trying to put together a work around, and I’ve also reported a bug to Google. I’ll continue to attempt to find a solution to this problem.

In the meanwhile, if you are experiencing printing problems, please use Firefox, Safari or Internet Explorer.

I’m sorry for any inconvenience and will work diligently to get a solution in place.

Posted by Dad on December 2nd, 2015 in General One Comment

With the new spiral math fact sets I just posted, the site has crossed the milestone of having over 8,000 printable math worksheets.

We’ve talked about a lot of math and a lot of numbers. And some of them aren’t all about worksheets. Every school day, over 10,000 unique visitors find math worksheets here at DadsWorksheets.com, and there have been almost 9 million unique visitors in the seven years the site has been online. All of this has hopefully helped an even larger number of kids learn math and do better in school.

All of you make that possible, and I wanted to say thank you to everyone who has helped share DadsWorksheets.com with friends, family and teachers. Please, if you haven’t already, consider letting others know about all the great math resources here by following the site on social media (use the buttons below) or adding a link to your blog if you have one. It all helps others find out what’s going on here, and it means a lot to me to have earned your support.

Thank you again, and happy holidays!

Posted by Dad on September 15th, 2015 in General Add Your Thoughts!

Showing up fashionably late to the social media party, I’m pleased to announce that you can follow DadsWorksheets on Pinterest by clicking the button below. You’ll see all the new worksheets as they get posted as well as interesting bits of math and science (and silliness) that I stumble across… I hope you’ll join me there and please pin some of the worksheets to your own boards!

Posted by Dad on November 23rd, 2011 in General, Worksheets 5 Comments

Worksheets for Conversion Between Customary and Metric Lengths

I’d hoped to have conversions for volume measurements to help with those complex Thanksgiving recipes… Watch for these soon!

A few other updates were made to fix some minor grammar problems in the Money Word Problem worksheets… Thanks to the several folks who pointed this out.

I’ve also had a few more reports of people with worksheet printing problems, all of which seem to be related to the new Google PageSpeed caching service I setup over the summer. I’m going to try cranking a few settings down to see if this helps, but if not I’ll bite the bullet on some more expensive hosting to support the traffic without using this. Thanks for everybody’s patience working through these issues.

Meanwhile, I wish you and your families all a Happy Thanksgiving!

An Overview of the Metric System

The metric system is based on multiples of 10. This makes it very easy to use with decimal numbers. One of the principle advantages of this is that it makes doing math with metric measurements much easier, which is why metric measurements are pretty much the standard in any sort of science or math class you will have. Once you learn the prefixes and base units, much of the work in the metric system is often just moving the decimal point around..

Also, the different types of measurement (distance, volume, mass and temperature) are related to each other in the metric system in part by using a very common substance — water. When you put all of these parts together, the metric system is very… well, it’s very systematic. END_OF_DOCUMENT_TOKEN_TO_BE_REPLACED

While the summer hasn’t seen a lot of worksheet updates, there have been a number of behind-the-scenes things going on. The site is now updated to WordPress 3.0 and migrated to a larger server to handle the increasing traffic. During busy school days we’re seeing as many as 4,000 visitors a day, and DadsWorksheets finally outgrew the shared hosting at BlueHost.com. Hello Linode.com!

Hope everyone’s summer has been outstanding and you’re practicing your math facts for back-to-school!