What is Place Value?

When examining a number, every digit has a value that corresponds to its position relative to the other digits. Not all six digits are the same... If a six is in the one's place value, its value is 6... A six that is a couple of places over in the same number would have a value of 600 if it appears in the hundreds place.

This concept of individual digits having different absolute values is place value and it allows a number as a whole to represent many more values than just the ten basic digits allow on their own. The base 10 numbering system allows each additional digit in a number to increase the possible quantities that can be represented by a factor of 10, and a place value chart shows you how to easily read and recite those big numbers. Moving left increases the significance of each digit by a power of ten, and moving each digit right decrees that digit by a power of ten.

What are Place Value Periods?

When dealing with place value, we group sets of places into set of three digits, for example the 'thousands' group or the 'millions group' typically separated by commas. For example, in the number 123,456 we will read the first three digits as 'one hundred twenty three thousand' and those three digits are referred to as the thousands period. We read these numbers just as we normally read a three digit number ("one hundred twenty three") but then we attached the appropriate period name (thousands, millions, billions and so on.). The place value charts on this page include versions where the periods are emphasized in order to teach the concept, including two versions of the place value chart with wholes and two versions of the place value chart with decimals 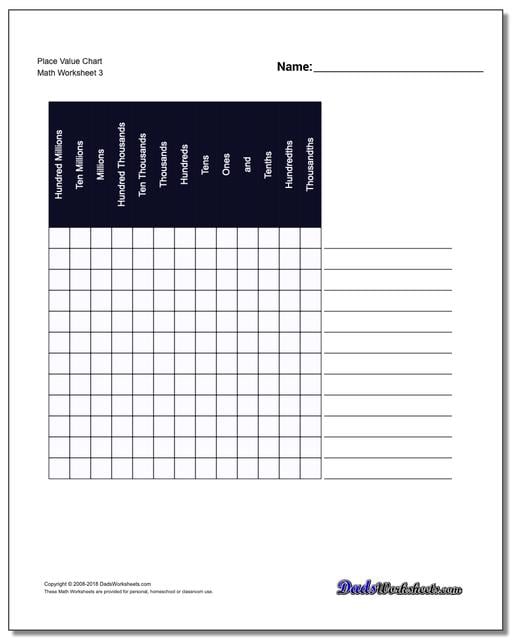 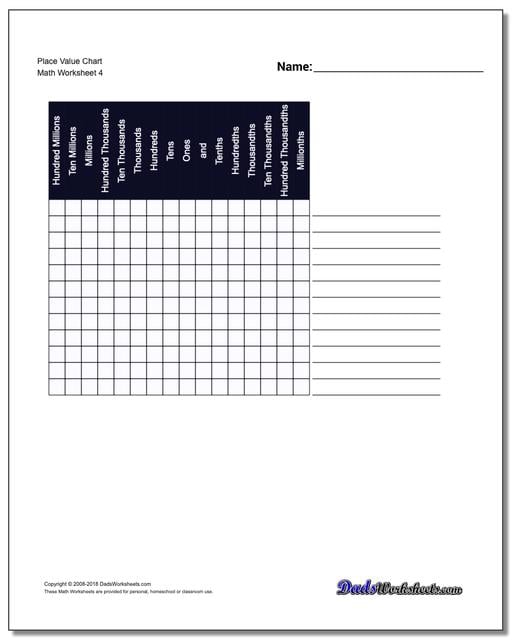 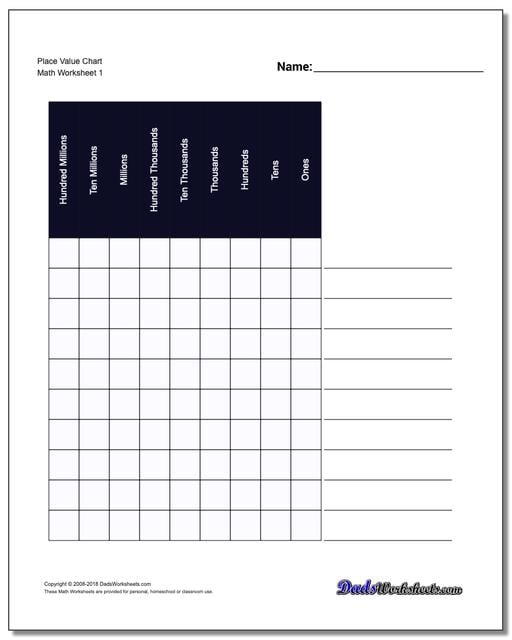 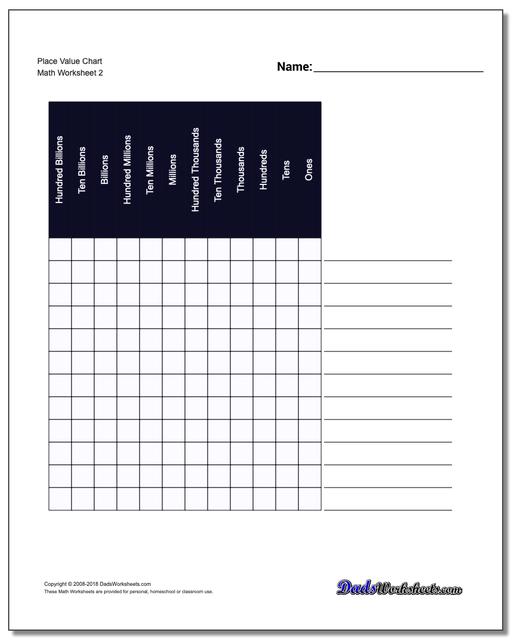 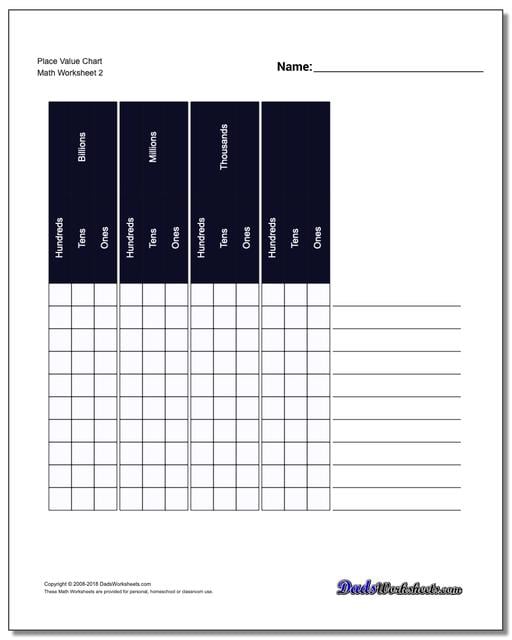 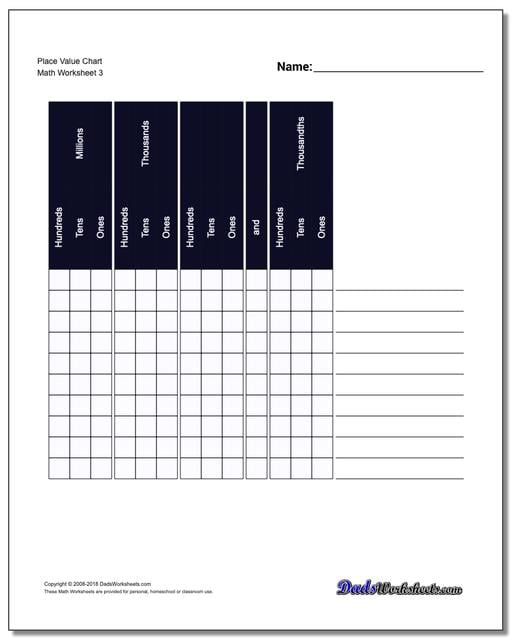 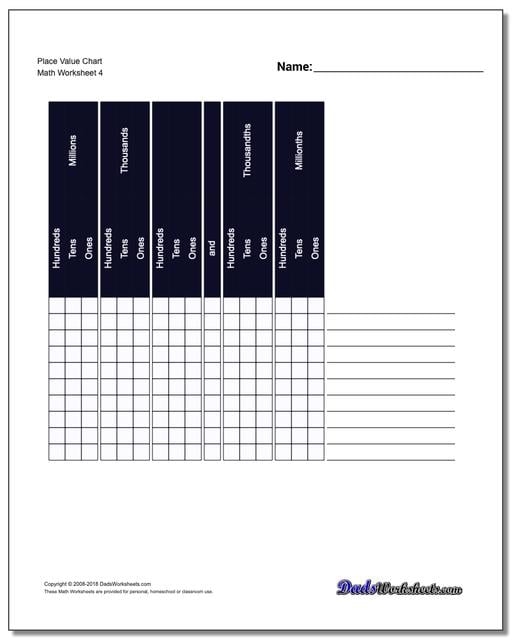 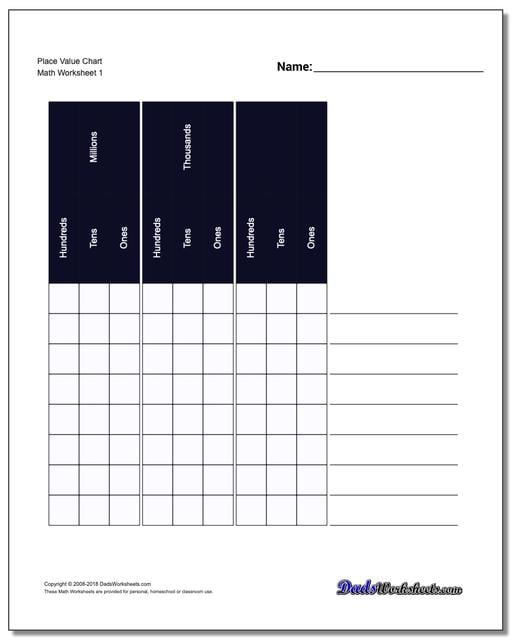