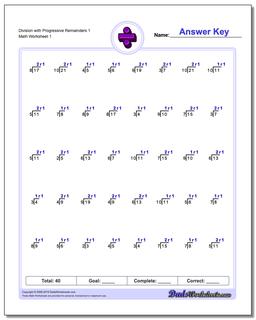 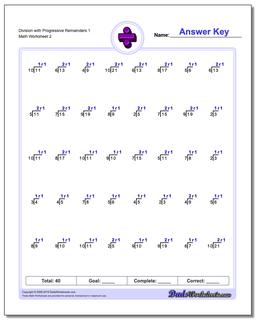 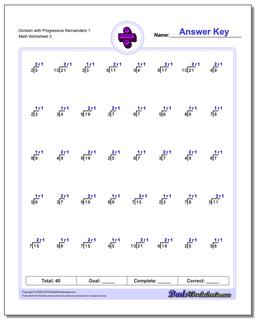 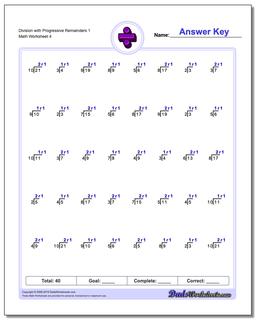 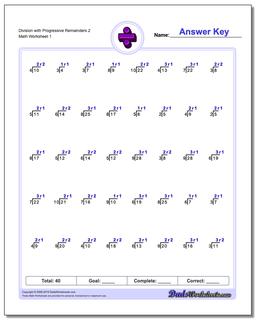 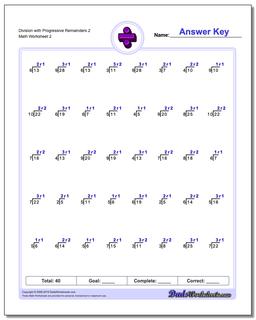 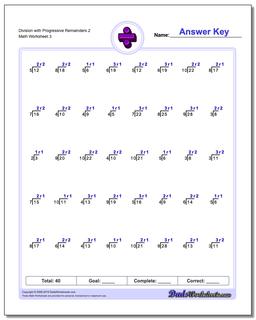 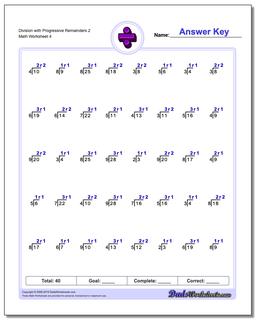 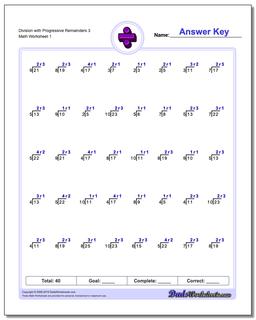 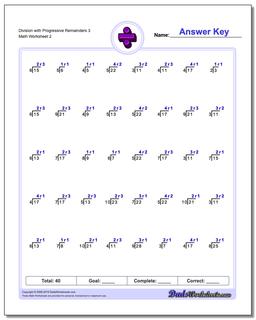 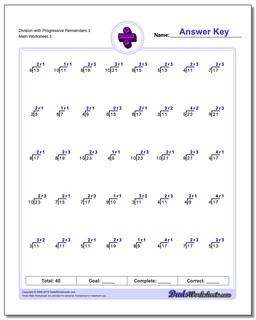 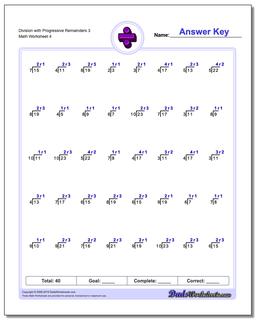 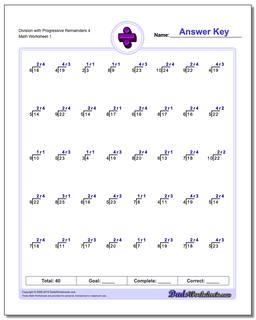 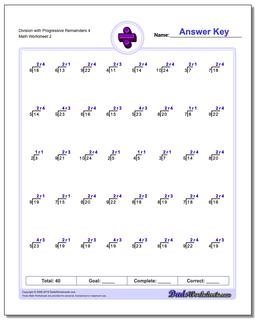 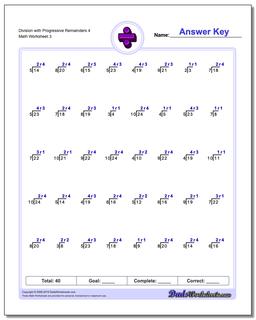 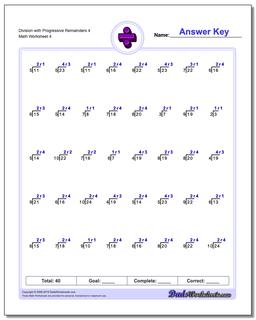 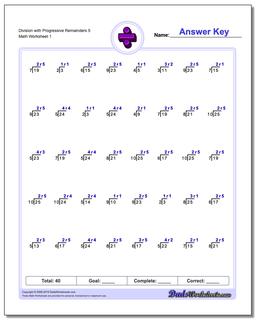 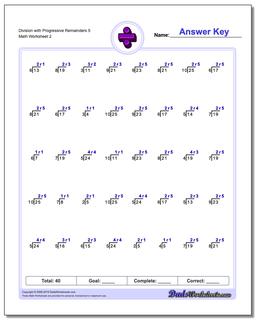 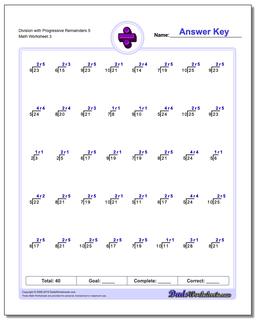 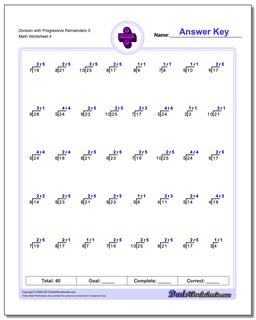 Working with division facts is only the first step in truly becoming fluent with the division operator. Probably the most intimidating aspect of division is the idea of remainders, that there can be parts 'left over' after you essentially get the answer to the core part of the problem. This one dimension of division can't be intimidating to students, and it's essentially to create a level of comfort with the idea of remainders, especially since the remainder calculation plays such a core part efficiently working the steps of the long division algorithmThe worksheets in this section build on the mastery of the division table facts by gently introducing problems with remainders. Each set of worksheets in this series takes a core set of division facts in order, but modifies them so that the quotient includes a remainder. By following up division fact practice with these worksheets, students will become accustomed to calculating small division problems and hopefully become comfortable when they encounter these same core numbers either natively or as part of a long division problem later.