Division worksheets with factors of 10. 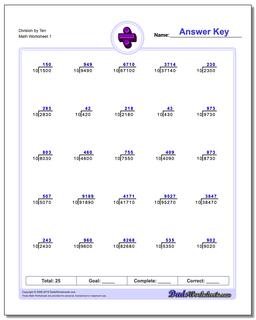 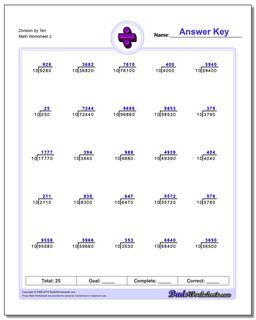 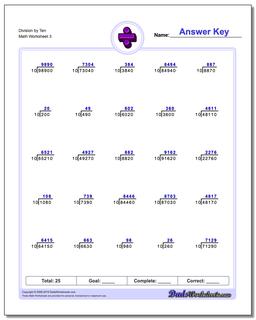 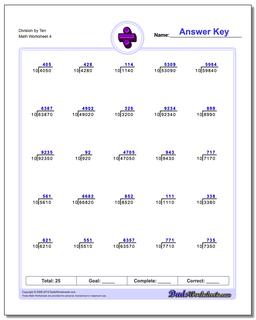 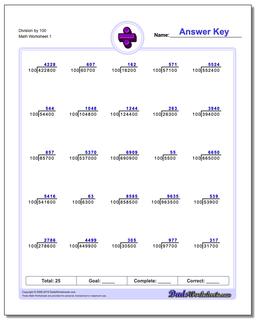 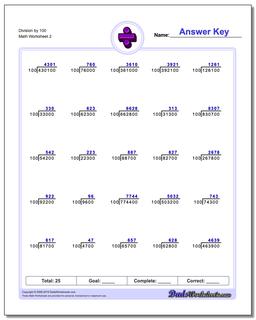 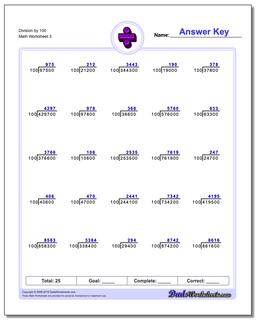 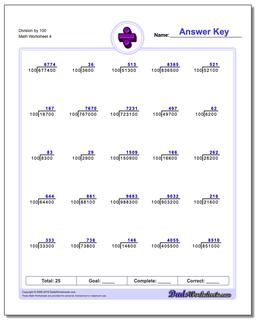 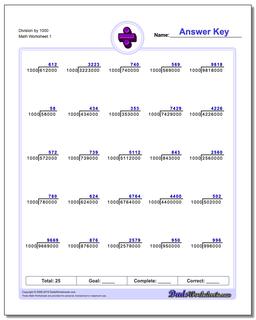 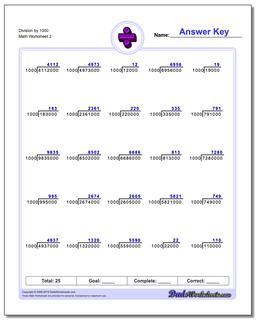 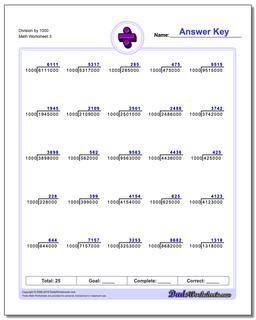 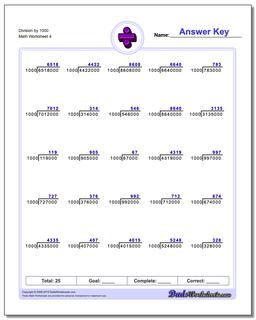 Division with Powers of Ten

Our decimal based numbering system means that powers of ten have a special role in many calculations. These worksheets focus on dividing with divisors that are multiples of tens. These worksheets are great practice for crossing out the zero in the dividend to quickly produce an answer. This simple yet important skill is useful for reducing large values, reducing fractions and dealing with other more advanced topicsl like exponential and scientific notation.Later worksheets in this section have problems with arbitrary divsors, but the dividends are multiples of ten of the divisor, which is a similar class of problems but conceptually illustrates the same techniques used to quickly dividelarge values that end in zeroes.