Get your budding software developer ready by practicing the binary progression using division worksheets. For non-programmers, introduces an interesting pattern of values that makes for great reinforcement of division concepts. 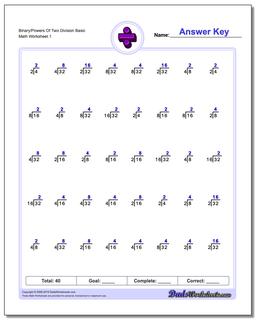 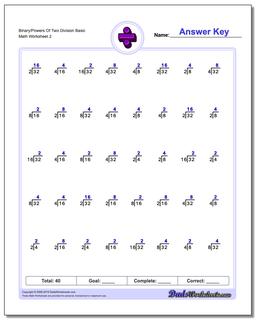 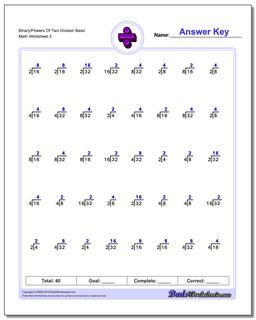 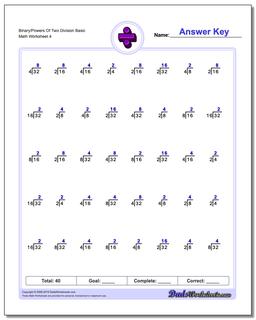 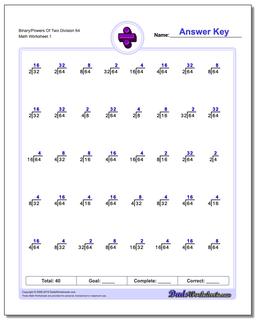 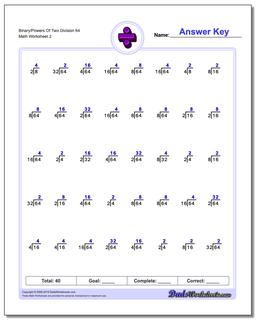 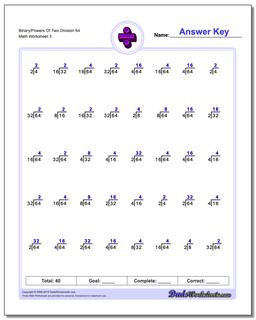 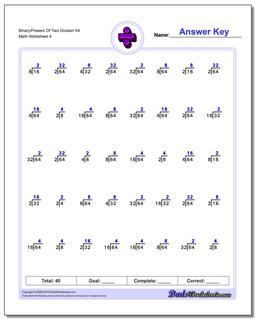 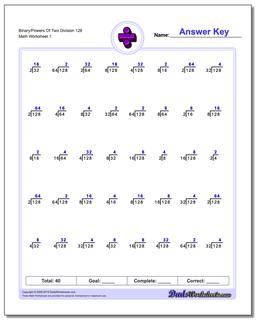 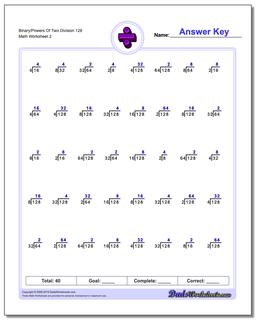 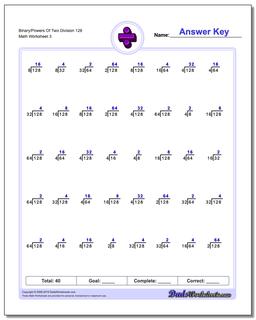 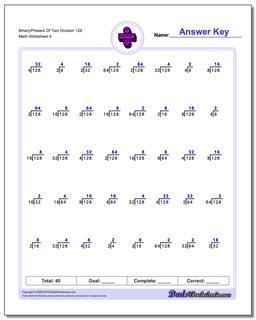 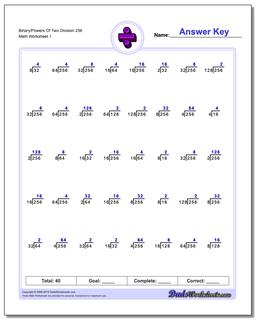 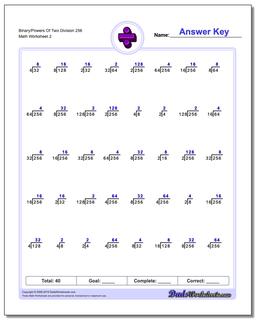 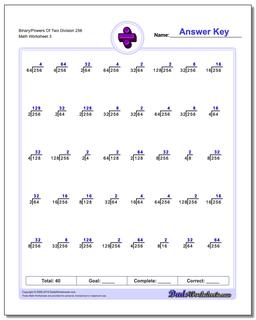 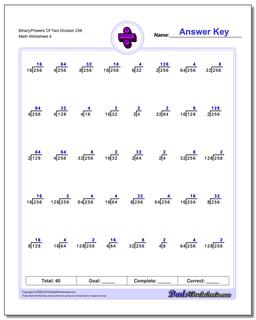 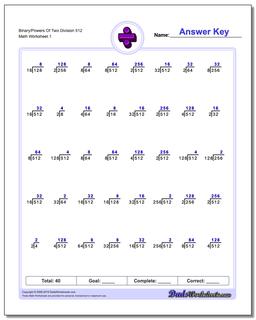 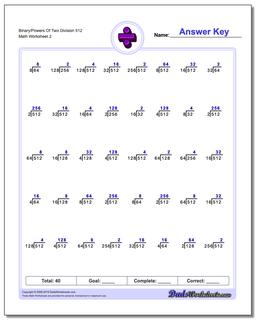 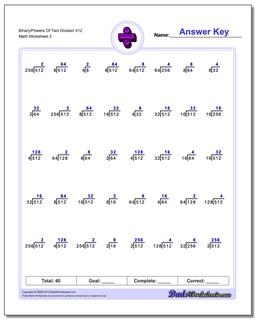 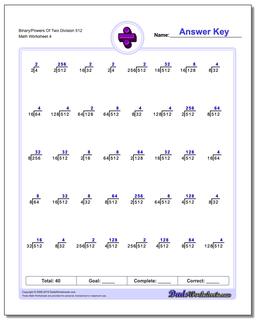 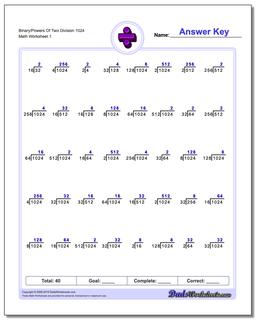 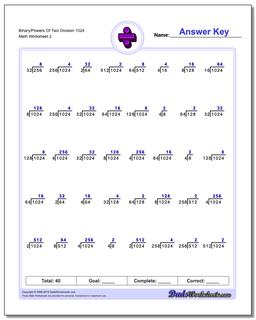 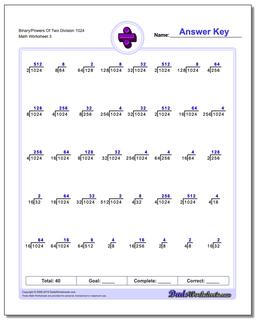 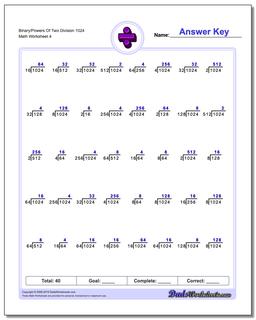 Division Worksheets with Powers of Two

Even though the powers of two and the binary number sequence is an important part of modern technology, you don't need to be a computer science afficiando to understand that powers of two play an important part of math. Still, these numbers are such an important part of programming that becoming intimately comfortable with the binary progression is a very useful skill, and you will see these numbers featured prominately on many standardized tests for this reason. These worksheets focus on dividing smaller power of two divisors into larger power of two quotients, and the worksheets in the set increase the divisor exponentially by two as you work through them. This provides a nice way to build experience with these numbers so that by the time students are completing the final worksheets, even though the dividends are four digits, the problems are actually familiar and easy.