Greater Than, Less Than: Single Digits 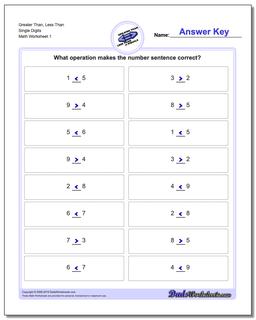 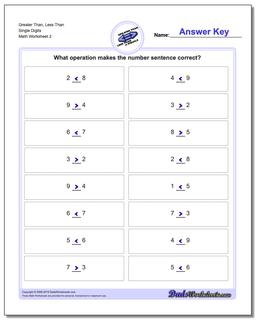 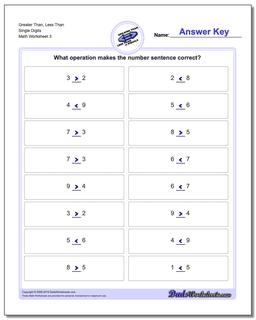 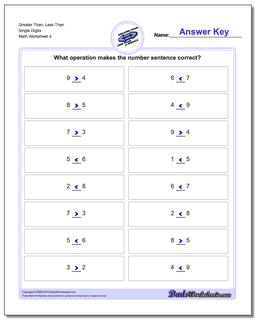 Greater Than, Less Than: Double Digits 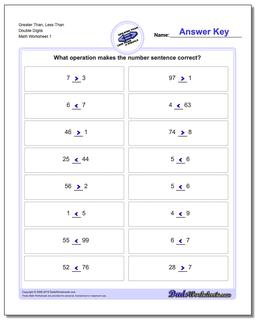 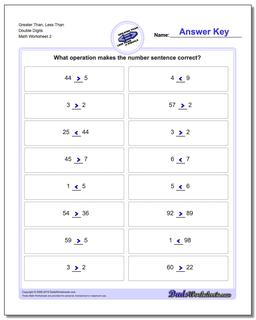 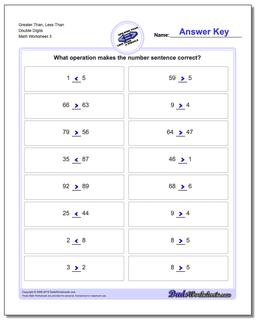 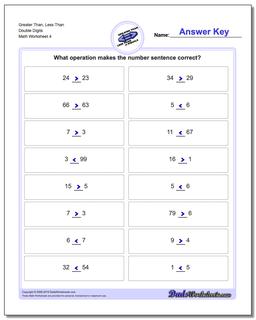 Greater Than, Less Than: Triple Digits 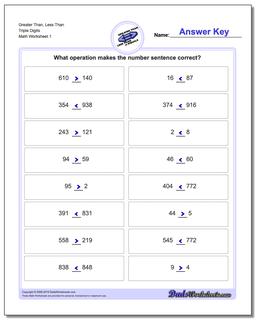 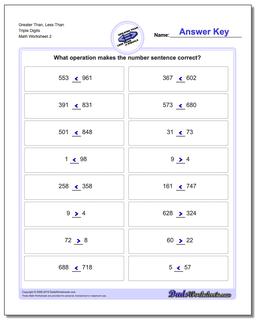 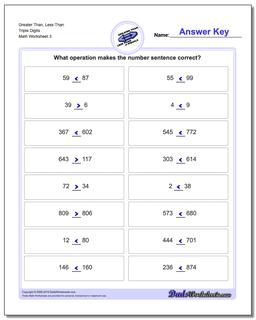 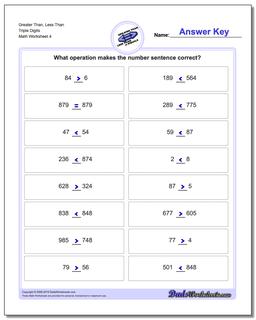 Greater Than, Less Than: Four Digits 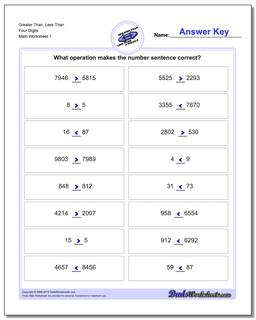 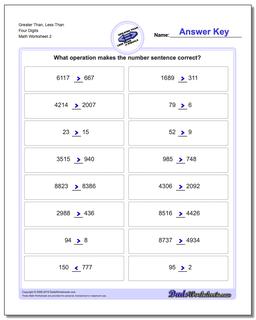 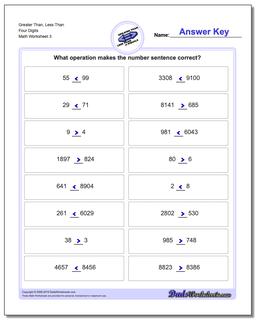 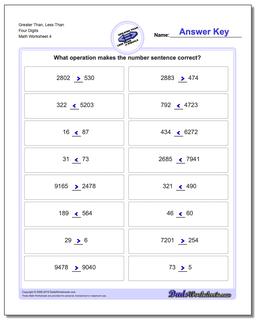 Single Digit and Multi-Digit Greater Than Less Than Worksheets

Greater than/less than operations are a good follow up to working with manipulatives to develop number sense. Working with comparison symbols instead of groups of objects helps to cement a students intuition of 'more' or 'less' based on the number itself rather than what is obviously a visually larger or smaller quantity of something.

The worksheets on this page introduce greater than and less than problems with single digit numbers that can be used in kindergarten or first grade where nothing more than finger counting comparisons can be used to solve problems.

Larger comparisons with multi-digit integers can be introduced once basic place value concepts are understood. Greater than and less than problems with multi-digit numbers can be confusing where sometimes students see smaller digits in more significant place values and assume those mean a number is smaller than a number that has larger digit values in other locations ('There's a nine in this number, so it must be larger than the number with all those zeroes in it...')

For more help with comparing place values, be sure to see this handy place value chart...