Comparing money worksheets present two different amounts of money as coins and bills, and grade school students determine if they are greater than, less than or equal to each other. 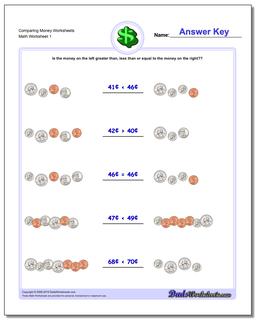 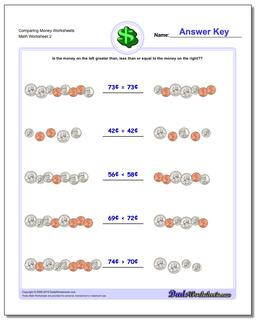 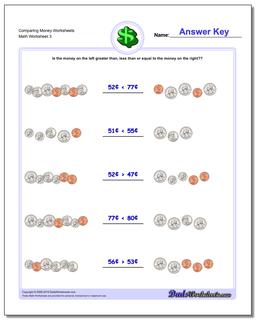 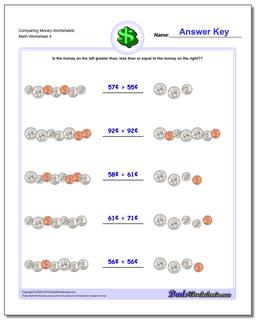 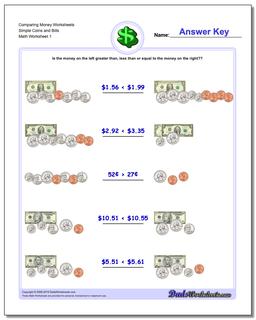 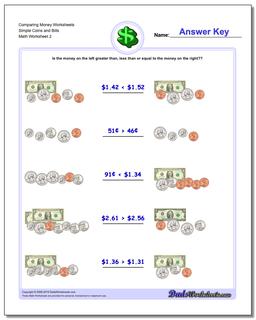 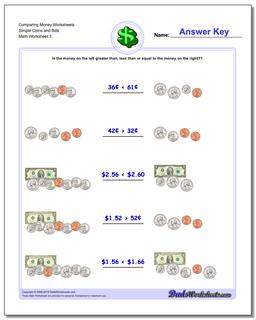 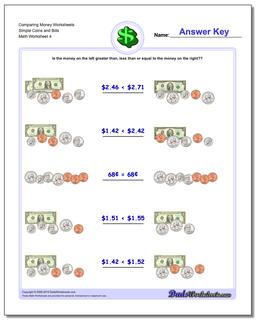 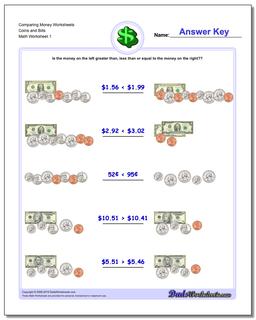 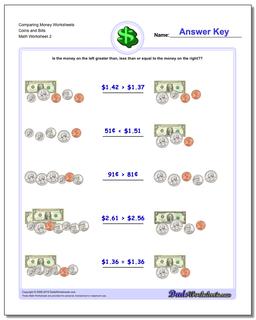 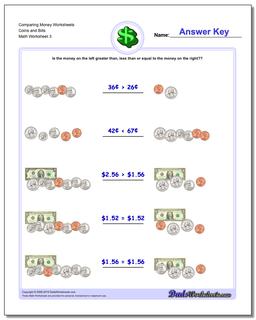 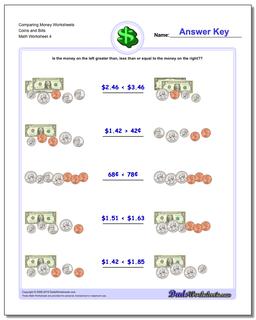 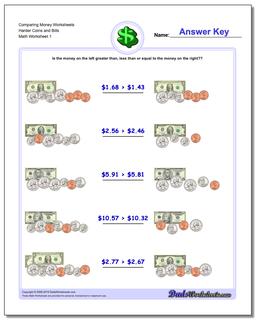 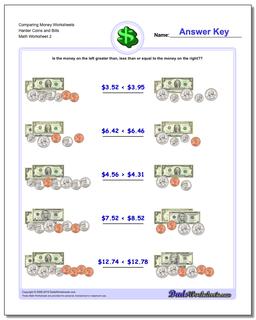 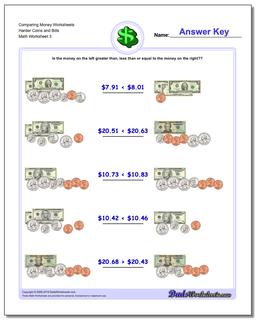 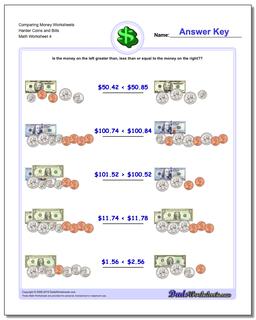 Making change for a purchase is involves a number of complex steps that as adults we do frequently. However for a second grade or third grade student, this requires a number of discrete money skills that can be intimidating. Students need to be prepared not only to determine the decimal value of a collection of currency, but also to subtract from that value to give the resulting change, then count up the bills and coins necessary to give a final representation of the monetary change in a physical form.

This is really the end stage of CCSS.MATH.CONTENT.2.MD.C.8 in the Common Core standard, which is expected to be mastered in second grade.