The worksheets in this section introduce negative numbers integers in multiplication and division math problems. All problems deal with smaller integers that can be solved without multi-digit multiplication or long division. 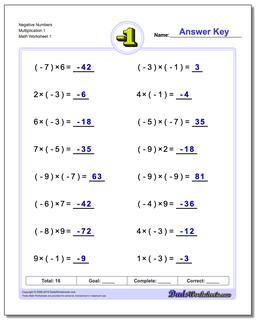 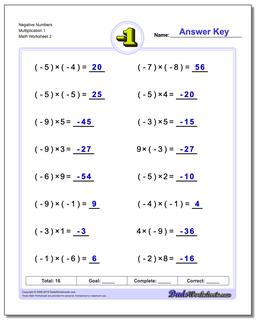 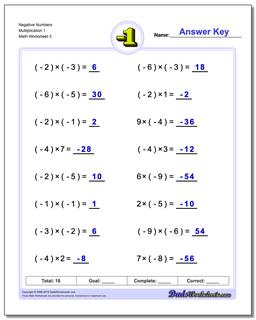 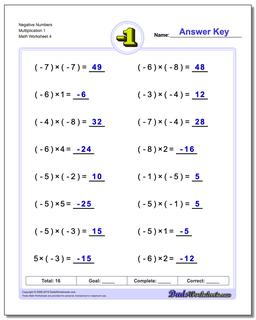 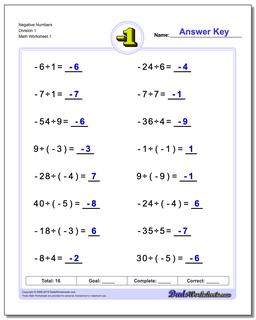 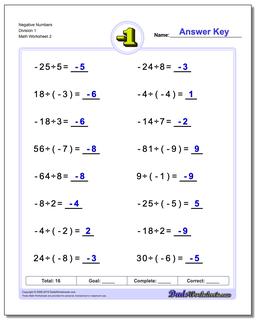 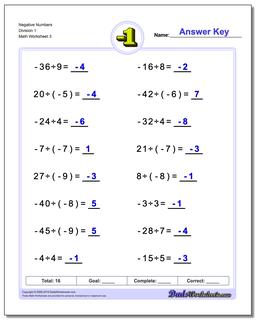 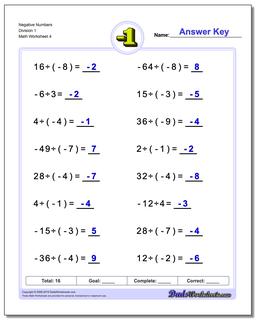 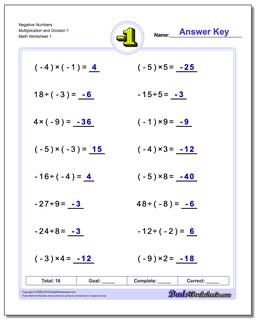 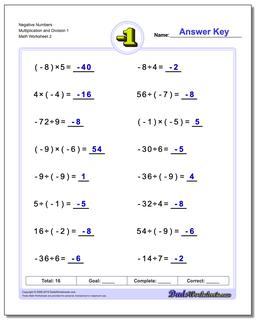 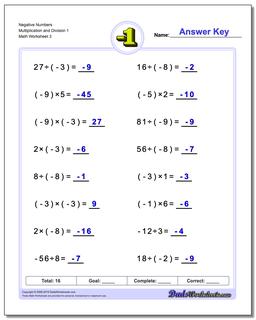 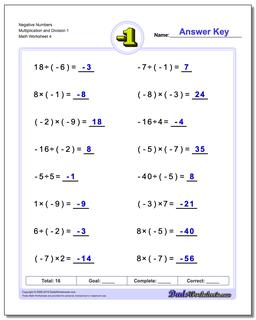 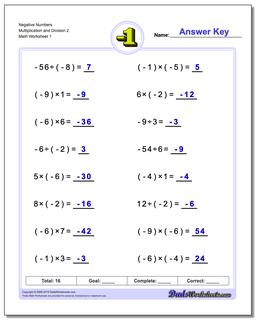 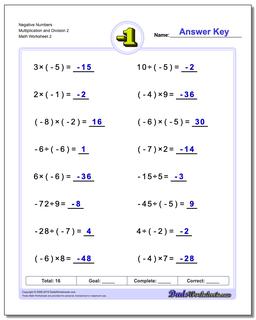 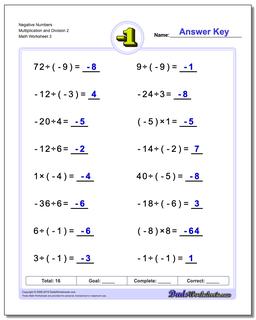 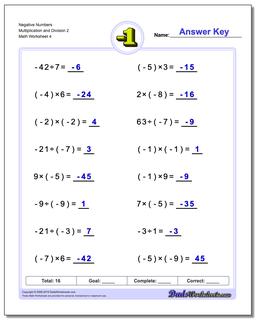 The first rule should be familiar... It's basic multiplication! The second rule is the one that can be confusing, especially coming from adding or subtracting negative numbers. If you multiply a negative times a negative, the result is a positive value.

Simply memorizing this rule is often enough, but understanding the concept of double negation can help it make more sense. We're familiar with this concept when we speak, for example if you're mother says to you, 'Please don't not eat,' the meaning is essentially, 'Please do eat.' In this example, the two 'nots' (the negatives) negate themselves, and the result is a positive statement.

Regardless, multiplying negative integers is a little bit of work at first to understand the signs, but then the progress should be fast. Don't not practice and you'll be just fine!