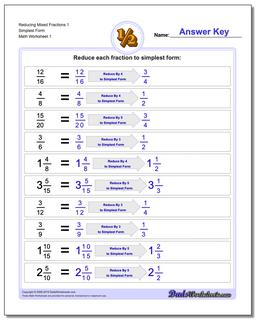 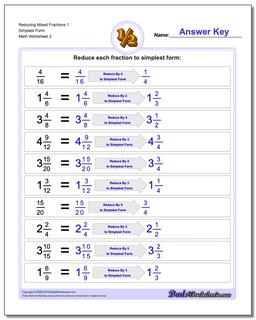 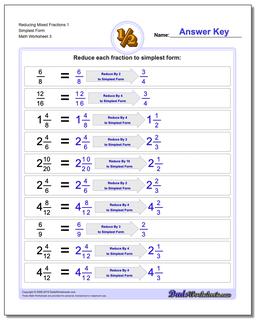 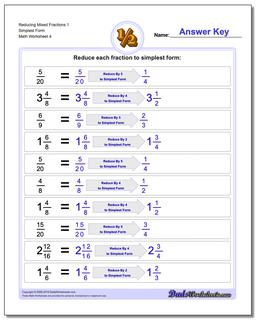 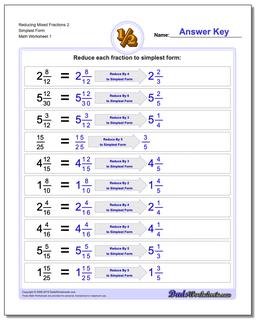 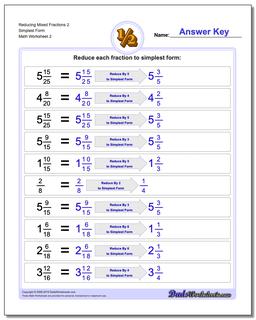 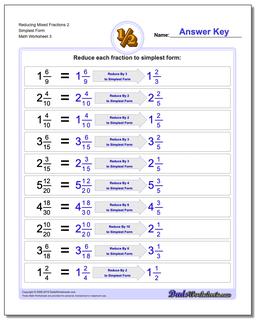 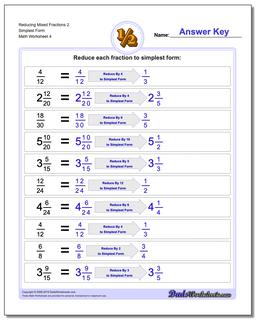 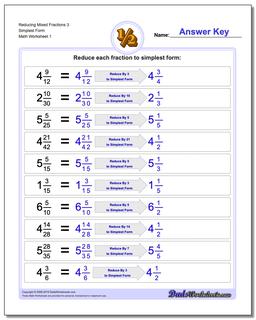 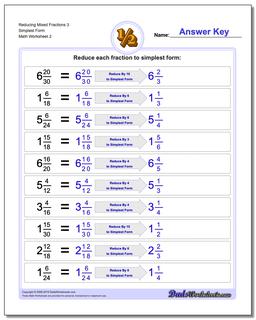 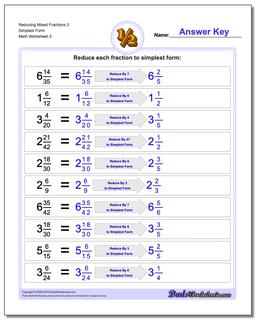 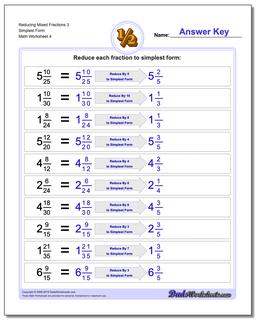 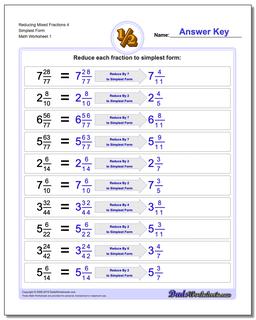 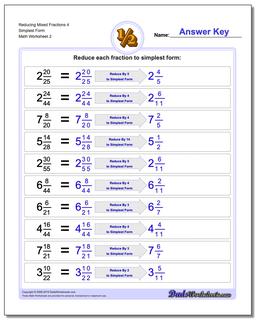 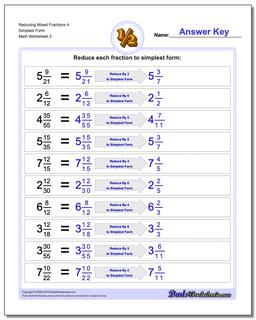 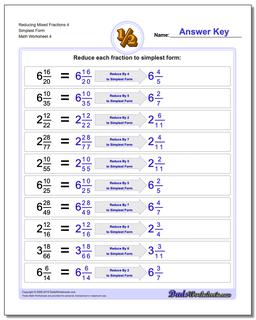 This second set of reducing fractions worksheets introduces mixed numbers. The fractional part of the value is still proper, so the whole component will remain unchanged in the answer. However, these worksheets provide a gentle introduction to reducing improper fractions to their proper fraction form. The answer keys show the common factors used for the reductions.