These Roman numeral worksheets practice translation to and from Roman numerals and Arabic numbers. Sets with small numerals (1 to 10 or I to X) and progressing to larger ranges. 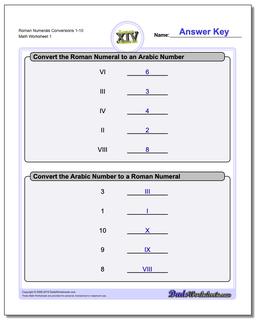 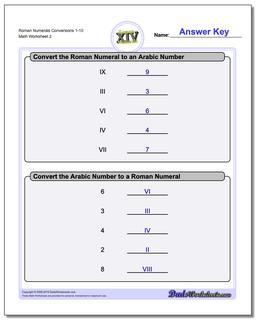 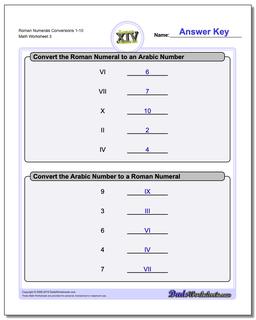 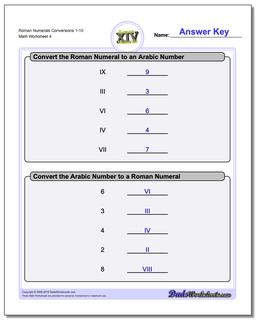 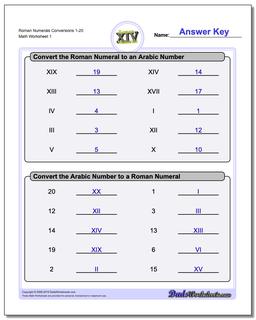 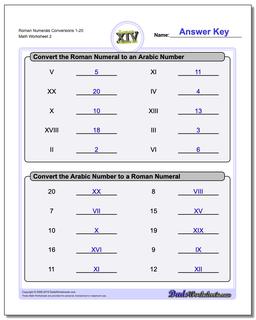 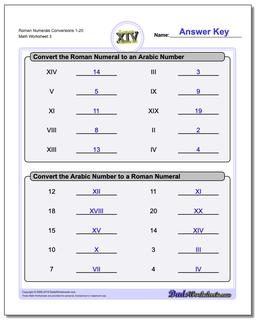 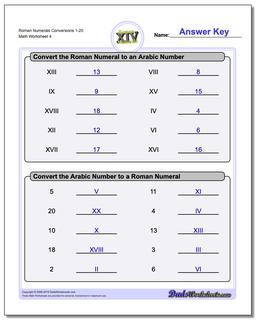 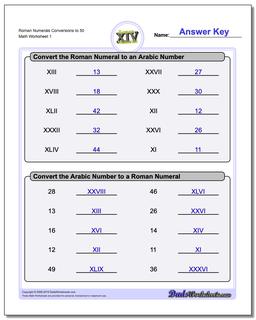 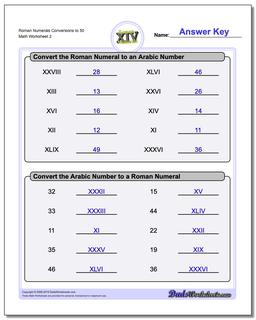 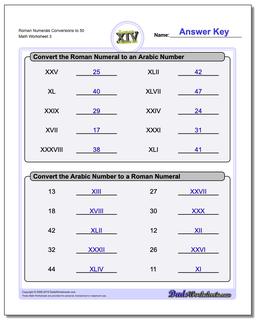 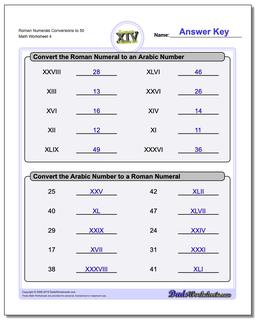 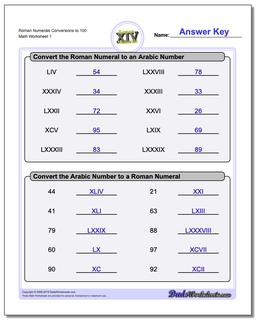 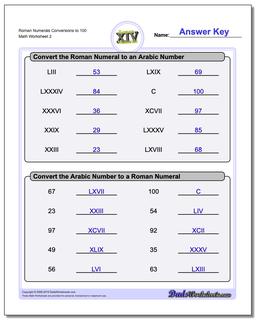 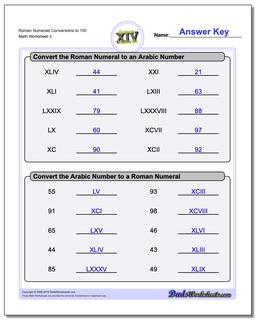 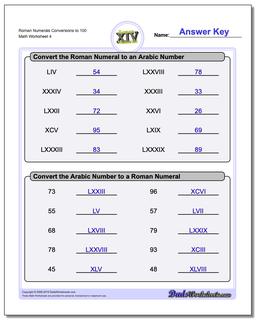 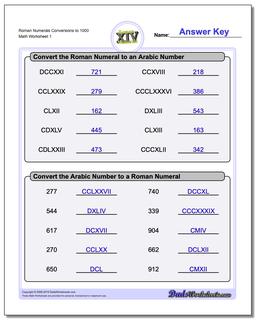 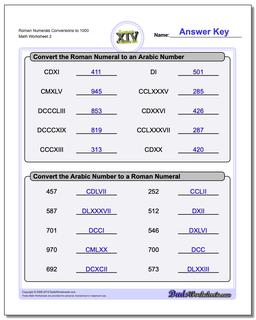 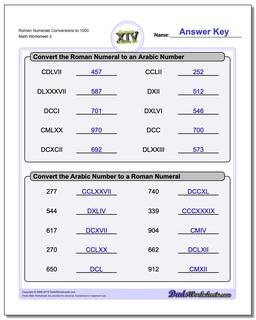 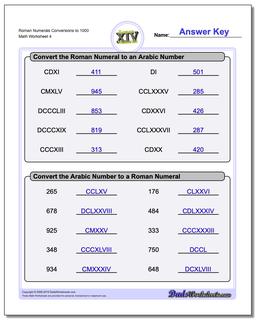 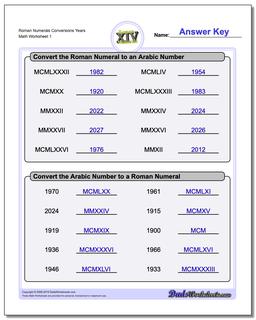 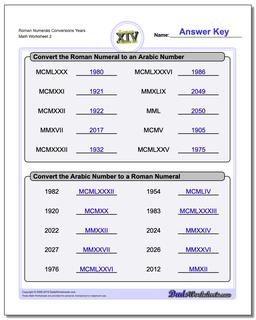 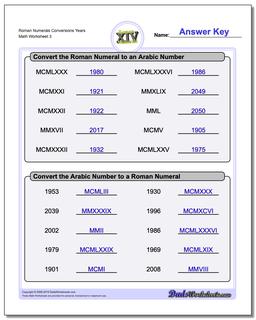 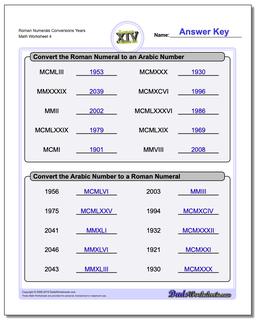 For more help with Roman numerals, be sure to check out the other great resources on the site including this visual Roman Numeral Converter and these beautiful Roman Numerals Charts.